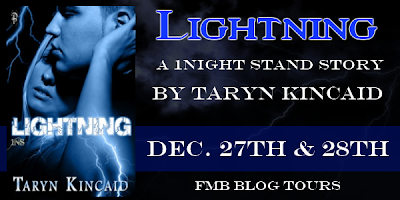 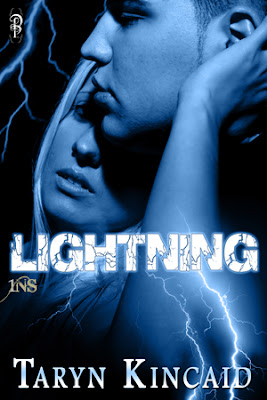 In mystic Sleepy Hollow, succubus Lily Night put her prom date, Campbell Jones, into a coma after a night of wild, unbridled sex. She has steered clear of mortals ever since, afraid of damaging them or worse, not to mention the inconvenience of knocking out the power every time they have sex.

Successful architect Campbell Jones has lived with strange powers and a sexy secret since that prom night. He’s buried himself in work to forget the woman who’d dumped him at the ER then vanished from his life without a trace.

Neither Lily nor Campbell have forgotten that night or the love they’d shared. Will a 1Night Stand help them bury their past?

I have to say I LOVE LOVE absolutely LOVE the 1Night Stand Series! Man oh man these short Novellas tell us so much. I have found that the few I have read left me wanting more and more. The idea of a one night stand is scary but at the same time sexy.

Lily is with Campbell Jones the all star football player and all american dream boyfriend. They are at senior prom and Lily is going to give Campbell her most prized possession but what happens when she gives him that is not what anyone expected. After having one night full of passion Camp gets hurt and Lily flees leaving Camp to wonder if he did something wrong to her.

Ten years later and he is still stuck on Lily just like she is stuck on Camp. Lily has never forgotten her one and only true love Campbell and thinks about him everyday. When she is forced into a one night stand at Madame Evangeline's choosing she is nervous but what she gets in return is totally EPIC! Lily and Campbell are about to be reunited and what happens to them is a love story at it's fullest.

This is a novella so it is short but what is packed into those 44 pages is pure love and hot smokey sex that will leave you wanting more!

“A little higher and more to the left.”

Lily Night narrowed her eyes as the building maintenance man shifted her framed diploma on the freshly-painted wall opposite her desk. She tried not to ogle the firm ass encased in a pair of tight jeans or the way the man’s shoulder muscles rippled beneath his T-shirt.

Maybe if I pop an Altoid, I’ll have an excuse to wipe away the drool.

She refrained from jumping the handsome worker dude’s bones. The last time she’d dallied with a human, the encounter had not gone well. Vivid images of that long ago prom night bombarded her. Campbell Jones had been a young, strapping, hunk-and-a-half football player and they’d started their date full of hope and expectation and lust. When he’d adjusted the fragrant gardenia corsage on her wrist, she’d inhaled his crisp, citrus scent and thought she might swoon at the sight of him in his tux. The black material stretched across broad shoulders that mirrored the promise of the bruising man he’d be in his prime. But she’d all but sucked him dry as flashes of lightning crackled over their heads. By the time dawn painted the sky, she’d turned him into a mere shadow of his former self. Literally.

And briefly knocked out cell phone service in the lower Hudson Valley, as well.

She’d sworn off humans ever since. Instead, she pulled all-nighter after all-nighter to evade the dreams in which men called to her—and to avoid the university dating scene that inevitably led to frequent and addicting sex.

GIVEAWAY:
Ebook copy of Lightning by Taryn Kincaid or an eBook from her backlist
a Rafflecopter giveaway

TOUR SCHEDULE LINK:
http://www.fmbpromotions.com/2012/11/tour-schedule-lightning-by-taryn-kincaid.html
Posted by Tee at 2:29 AM