Emma's life has been hell since she moved from sunny California to a remote Alaskan town. Abandoned by her father and living with the guilt of causing her mother's death, she makes a desperate dash for freedom from her abusive stepfather. But when her car skids off the icy road, her planned escape leads to further captivity in a world beyond her imagining.

Dragged across the tundra by an evil mountain man and his enormous black wolf, she learns that love can be found in the most unexpected places. Amarok, as she's nicknamed the wolf, is a young man from the gold-rush era enslaved by an ancient shaman. Emma's gentle touch and kind heart win his love and devotion. When a vicious madman--trapped in bear form by the same Shaman--attacks the travelers and injures Amarok, Emma must find the strength to face her fears and free the wolf she's come to love. But that means she must face down the evil shaman, a Siberian mammoth hunter from the ice age, and he has no intention of giving up his power to her.

Amarok is a story about love and survival and over coming the odds. Emma just wants to start a new life. She has moved from Sunny Cali to Alaska with her step father. She is not happy because her father ignores her and her mother is dead and her step father is a jerk. What is a girl to do when everyone around you hates you? Well Emma decides she is going to run away and as she is driving her car skids off the road and she crashes. Dang that girl has such bad luck!

As she gets out she realizes she has company in the form of a crazy mountain man and a wolf. She is instantly intrigued by the wolf but scared of the evil mountain man. What is a girl to do? Follow run away again no way because crazy mountain man looks like he would kill her and she feels something for this wolf and she can't explain it. Emma decides she is going to call the wolf Amarok and she loves him with everything within her and that love is what reveals the truth about the wolf.

Soon Emma and the wolf find themselves in danger from a bear that has gone mad. Emma will have to face down the evil Shaman who has enslaved the bear and the wolf. What will she do when she finds him? Will she be able to defeat him? What will happen to Amorak? Will they be together? All she knows is that she must defeat the evil Shaman in order to free her Amarok. Will she win or will she lose........ 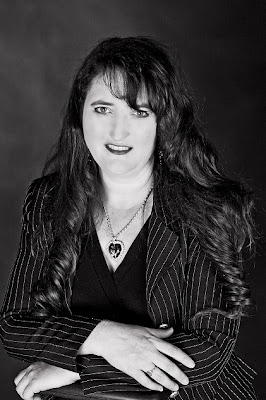 Angela Townsend was born in the beautiful Rocky Mountains of Missoula, Montana. As a child, Angela grew up listening to stories told by her grandparents, ancient tales and legends of faraway places. Influenced by her Irish and Scottish heritage, Angela became an avid research historian, specializing in Celtic mythology. Her gift for storytelling finally led her to a full time career in historical research and writing. A writer in local community circulations, Angela is also a published genealogical and historical resource writer who has taught numerous research seminars. Currently, Angela divides her time between writing, playing Celtic music on her fiddle, and Irish dancing. She resides on a ranch, in rural Northwestern Montana, with her two children Levi and Grant.