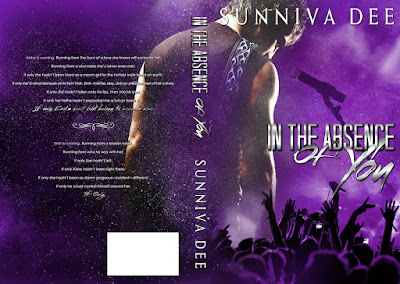 Aishe is running. Running from the burn of a love she knows will consume her.

Running from a soul mate she’s never even met.

If only she hadn’t been hired as a merch girl for the hottest indie band on earth.

If only she’d never laid eyes on its front man, Emil—intense, sexy, and so unlike the men of her culture.

If only she hadn’t fallen onto his lips, then into his bed.

If only her flame hadn’t exploded into a full-on forest fire.

If only Emil’s heart didn’t belong to someone else.

Emil is running. Running from a broken heart.

Running from who he was with her.

If only Zoe hadn’t left.

If only Aishe hadn’t been right there.

If only she hadn’t been so damn gorgeous—insistent—different.

If only he could control himself around her.

Between studies, teaching, and advising, Sunniva has spent her entire adult life in a college environment. Most of her novels are new adult romance geared toward smart, passionate readers with a love for eclectic language and engaging their brain as well as their heart while reading.

Born in the Land of the Midnight Sun, the author spent her early twenties making the world her playground. Southern Europe: Spain, Italy, Greece--Argentina: Buenos Aires, in particular. The United States finally kept her interest, and after half a decade in Los Angeles, she now lounges in the beautiful city of Savannah.

This author is the happiest when her characters let their emotions run off with them, shaping her stories in ways she never foresaw. She loves bad-boys and good-boys run amok, and like in real life, her goal is to keep the reader on her toes until the end of each story.