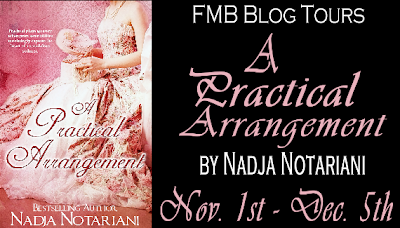 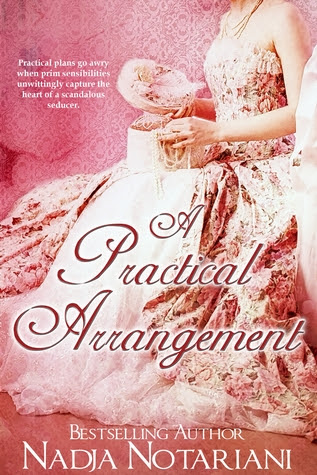 Miss Evangeline Grey, intelligent and sensible, has no desire to marry, her reluctance born from the dire warnings of her overly emotional mother. Her father has other ideas, however, and decrees that unless she weds by the spring, he will choose a husband for her.

Prim and proper Evangeline accepts her father's issue with little more than mild alarm. Knowing herself plain of face and sharp of tongue, she believes herself capable of warding off any perspective suitor. Her plan goes awry when the scandalous seducer, Mr. Thomas Masterson, visits her family's home, for Thomas has learned that he must procure a wife to receive his full inheritance.

When he discovers Evangeline's predicament matches his own, Thomas determines to orchestrate a practical arrangement. A war of wit and word results, and Thomas finds himself ever more beguiled by the soft heart he discovers under Miss Grey's stern, inhibited exterior. Patiently, he endeavors to gain her respect and awaken her passions. As tenuous trust blooms between the rake and the reluctant, unfortunate events – and Thomas' past reputation – threaten to destroy the peace and happiness he has found within the bonds of his Practical Arrangement.

5 OF 5 THOMAS AND EVANGELINE

A Practical Arrangement is a great read that I devoured in five hours. I have to say that the thought of someone choosing who I marry is not one I like. I could never marry someone my parents chose for me. Can you imagine who they would chose? Lord I would be so scared because my parents are polar opposites. I really felt for Evangeline because her father was determined to marry her off and she had no say in the matter. Evangeline is a smart women with a great head on her shoulders with one downfall she must marry someone in order to get her inheritance. I am sure your wondering why that is an issue well back in those times you did everything you were told no questions asked and for Evangeline she was born in the wrong time within the wrong era because she had a mind of her own.

That is until she meets Thomas Masterson who is in the same predicament as her. He needs a wife in order to receive his inheritance but the only difference is that Thomas has a very bad reputation with the ladies. So when Thomas actually falls in love with Evangeline he knows he is going to have to prove it and it is not going to be easy. With rumors flying around and people butting in in the relationship he is trying to have with Evangeline Thomas knows he has to work twice as hard to prove to her that this is no joke and he really does care for her.

Will Thomas ever be able to get over his past? Will Evangeline give him a chance? What happens to Thomas when he is confronted by his past? Come along for the greatest ride and find out what happens between Thomas and Evangeline.

Evangeline felt sorry for Melody in a small way, her mother as well. They had no defense, no antidote to counter the forceful emotions stirred in them. She counted herself lucky to have been spared their burden.

In good time Melody and their mother returned, tea arriving directly afterward, and while glad to see them she couldn't deny sorrow over her lost solitude.

“Oh, they both are such handsome men, Melody. And wealthy enough, too.”

“Mr. Lane is, by far, more handsome with his light hair and eyes,” Melody admired openly.

They really are too silly! Infatuated girls, you'd think!

“What say you, Evangeline?” Melody challenged brightly. “Which gentleman do you prefer?”

Of all the fiddle-faddle! Preferring gentlemen!

“I don't prefer either of them, nor any other for that matter.”

But as usual, Providence gave her no quarter, choosing the moment of her sister's question to spring said gentlemen into the sitting room. All eyes landed upon her, her father grinning in a most amused way. Evangeline flushed, a deep burn rising under her skin. Thomas Masterson made his greetings, and as the others conversed around the tea cart he neared, taking her hand and bringing it to his lips.

“I'd take you at your word, Miss Grey, but your pretty blush suggests perhaps you do harbor a preference.” His eyes simmered, locked intently on hers.

Oh! What did he mean by saying that?

She found herself squirming under that gaze of his – and appalled – stilled immediately. Gathering herself, she answered. “Never confuse indifference with deceit, Mr. Masterson.”

Still, he did not look away, surprising her. 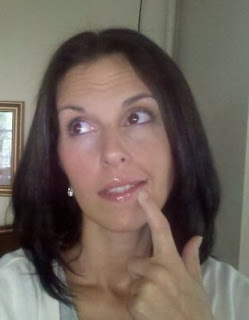 Nadja Notariani was born in Rochester, Pennsylvania. Her upbringing included very diverse environments, affording wide and varied richness of ethnic and religious tradition. Raised in both an Italian/Mediterranean American home and a traditional German household, Nadja gleaned the unique benefits of viewing the world through two widely different lenses.

Nadja resides in Northeastern Pennsylvania, ever embracing new adventures with her husband, three sons, and faithful German Shepherd. She also boasts two daughters, who have flown the nest to pursue their own adventures.

Within her titles, readers can find romance and adventure, from contemporary to paranormal to historical, always with a happily-ever-after. Nadja enjoys hearing from readers and can be found at her website, on Facebook, Goodreads, and at Romance Novel Center. Readers are welcome to contact her via email.

This biography was provided by the author or their representative.

TOUR SCHEDULE LINK:
http://fmbblogtours.blogspot.com/2012/10/tour-schedule-practical-arrangement-by.html
a Rafflecopter giveaway
Posted by Tee at 5:46 AM