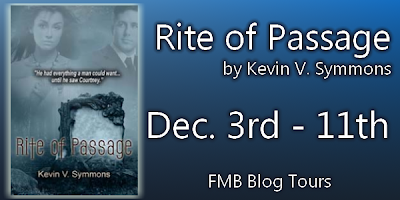 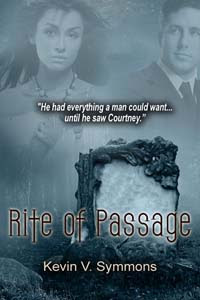 Book Description:
June, 1947, Sebago Lake, Maine. Robert McGregor has the perfect life until he meets Courtney Wellington at a reunion. Courtney is the stuff that dreams are made of: exquisite, vulnerable and desperately alone. But Courtney’s identity is more extraordinary than he could imagine. The 40th in a line of powerful witches, Courtney and her friends have elaborate plans for Robbie. He’s been chosen to wed her in a ceremony foretold a millennia ago. A ceremony to keep humanity from chaos and self-destruction. Though fearful and suspicious, Robbie is drawn to the young beauty. When Courtney is kidnapped by a rogue sect of Druids, she becomes a pawn in a deadly struggle. A struggle that will span the Atlantic, threaten their lives and lead to a confrontation effecting the fate of humanity. Rite of Passage combines classic romance with gripping action. Surprise and deception confront Robbie and companions as they struggle to wrest Courtney from the sinister Druids. Unbridled passion, non-stop action and plot twists will keep you turning pages well into the night.

Rite of Passage is one of those books that catches you buy surprise. I love the cover because is so hauntingly portrayed. It catches you and draws you in and screams read me .... read me .... and that is exactly what I did.

In Rite of Passage we meet Courtney Wellington who is a Wiccan Witch. She comes from a long line of witches and is the 40th one. She is destined to marry and do great things. Every women in her family has married their soul mate and done great things so it has been chosen that Courtney will marry Robert McGregor. Robert is Harvard educated and is a very down to earth guy. When he meets Courtney he is smitten by her and soon finds himself agreeing to marry her.

What will Robert do? Will he give up everything he has for love? Will he save Courtney? Will he walk away while the going is good? What will the Druids do to Courtney? Will evil finally rule the world?

Excerpt:
“Good evening,” the young woman offered as she entered. I loved her accent. Formal and British, its subtle, delicate quality had elegance. The way she carried herself suggested breeding. She was incredible—part woman, part goddess. Electricity shot through me as her eyes caught mine and held them. My fatigue evaporated.

“My wife’s niece, Courtney Wellington.” Jonathan waved his arm. My wife’s niece. Odd choice of words. Like something out of another time, the young woman curtsied, reminiscent of a scene from Jane Austen. Some of the women returned the gesture. I held my breath, watching. The men let their eyes linger. It was difficult not to. Courtney was something to behold.

She wore a fitted white silk blouse, a dazzling multicolored scarf tied around her neck, and a snug, floor-length navy skirt. A silver pendant peeked from beneath her scarf. As she approached I noticed unusual engraving and a small, dark stone at its center.

“Robert, would you escort Courtney to her seat?” Gretchen gestured toward the far end of the table.

“My pleasure,” I agreed, moving to join her.

“Hello, Robert,” she whispered, eyebrows raised and nodding as she touched my arm. “I am late.” She shook her head, resuming her study of the Tabriz oriental covering the dark walnut floor. “It’s become a tedious habit of late.”

“It’s a pleasure to meet you, Courtney.”

Her lips curled up for a moment. I hoped she might smile but was left in disappointment. The thick, warm air drifted through the open windows, holding the scent of lilacs and roses, competing with the exotic fragrance surrounding Courtney.

We’d spend the evening with men and women of stature. Too much wine spawning tales of the tragedy the last few decades had witnessed. We would hear how they had saved humanity while the world was held captive. I attended the reunion reluctantly, knowing it would give me a chance to see my brother. My father and Jonathan had been best friends. Despite the lack of a blood relationship, we had always been like family. I’d been absent for years. Why this striking young woman was here was a mystery. I promised to find out and make our evening as bearable as possible.

“Yes, Robert, I know.” She nodded. “I saw you at the pool this afternoon.”

“Really?” I said, wondering how I could have missed her.

Courtney was spectacular. Tall and slender, her dark brown hair shone, cascading over her shoulders. Her pale skin shown lustrous in the soft light from the chandelier. Large, dark eyes recalled images of a doe. They flanked a perfect, lightly freckled nose.

It began as she took my arm—the excitement, the wonderful, hollow feeling in my stomach. Energy flowed between us with that first touch. Courtney tightened her grip. I followed each graceful stride as she headed to her seat.

“I have no idea how I missed you,” I repeated.

“I can explain.” Her voice was soft and hypnotic. I could have listened to her all night. “Thank you, Robert,” she offered, inclining her head as she sat down. “I saw you from my window,” she confessed. “I’m on the second floor.” A smile emerged. It was subtle but radiant, the glow of dawn after a dark night. I glimpsed flawless white teeth. This was no young woman. Courtney was an angel masquerading as Gretchen’s niece. 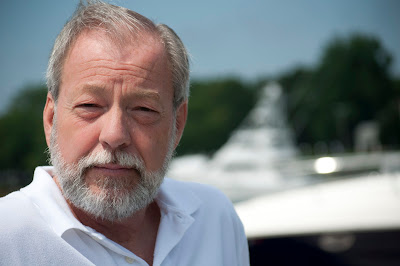 About the Author:
Kevin Symmons is a writer, college faculty member, and president of one of the Northeast’s most respected writing organizations. His new paranormal novel, Rite of Passage, will keep you turning pages late into the night. His other efforts include Voices, a sweeping women’s fiction work that brings to light the tragic problem of domestic violence in contemporary America. Kevin has also collaborated with award-winning screenwriter and playwright Barry Brodsky who has adapted one of Kevin’s story ideas to the screen. Kevin is currently at work on his next novel, Sanctuary, a romantic thriller set on Cape Cod.

TOUR SCHEDULE LINK: http://fmbblogtours.blogspot.com/2012/11/tour-schedule-rite-of-passage-by-kevin.html
Posted by Tee at 5:37 AM