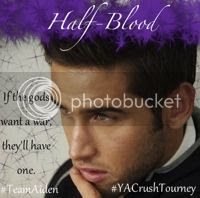 ATTENTION!THE GODS ARE CALLING... AND THEY NEED YOU!THEY NEED YOU TO VOTE FOR EVERYONE'S FAVOURITE PUREBLOOD!Don't tempt fate and disobey the Gods...VOTE AIDEN ST DELPHI!!!!


Hey everyone, I'm Kayleigh from K-Books and I am here with a task from the Gods... to advocate for the awesome Aiden St Delphi from Jennifer L Armentrout's phenomenal Covenant series!
Aiden is the perfect lead male character in the Covenant series. I'm going to convince you why you need to vote TEAMAIDEN! After all he is the world's best Pure Blood!!
Besides you wouldn't want to upset the Gods.... WOULD YOU?
*Please note there may be some spoilers from the Covenant series if you haven't read Daimon, Half-Blood and Pure please read on with caution. Any major spoilers will be highlighted before hand*

Personality
If you've read the Covenant series you won't need much persuading from me to vote for Aiden. He can do that all on his own. The one word to describe him and his personality is: PERFECT!It's the truth he is just perfect! In every way!
- Aiden is one of the strongest characters you will ever read about. He is fiercely protective and always out to protect the ones he loves.
~*~*~*~*~*~*~*~*~*~*~*~*~*~*~*~*~*~*~*~*~*~*~*~
"I have to. I told you before I'd never let anything happen to you. I meant it."

"I kissed her like I was never going to see her again, because in a way, I wasn’t. Not this way, and as much as that killed me, I knew the difference between what felt right.

And what was actually right."

- Aiden always sees the best in everyone.

"She was so incredibly strong and I couldn't fathom how she didn't know that." 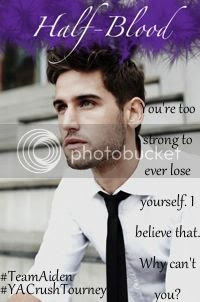 "If the Gods want a war they'll have one."

“Ever since I’ve met you, I’ve wanted to break every rule. You’ll become the center of someone’s world one day. And he’ll be the luckiest son of a bitch on this earth.”

Aiden is tall, dark and drop dead gorgeous. He has the most intense storm coloured eyes that turn to shades of silver when he feels strong emotions.

Yes girls, it's okay to swoon!! He IS dreamy and drop dead gorgeous! Totally swoon worthy!!

As a Pure Blood Aiden can control the element Fire. Yes, this boy is super HOT! In more ways than one. So watch out for Aiden, he may just burn you up ;)

Aiden is a wicked kick-ass fighter who is super fast and super strong. He has dedicated his life to fighting Daimons and has the skills to excel at it. Yes not only is he fiercely protective he has all the skills to save your life in the case of a Daimon attack. This is one guy every girl wants!!

He has super self-control, always sacrificing himself and his feelings in order to save and protect other people. He has the patience of a saint too. Come on to train Alex he kinda has to!

So... long story short: AIDEN IS THE PERFECT MAN!

So there is only one thing left to do!!
VOTE FOR AIDEN!
Do the right thing! 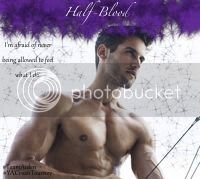 #TEAMAIDEN!
As everyone knows Jennifer is the best damn author in the world and she has some super awesome Incentives for Aiden's match...

1000 Votes: Swag Pack of awesomeness given out

If Aiden wins his first round, I will do the zoo/car scene from Pure from him POV!

Yes we all agree:

Did you see that?

DID YOU????
I don't know about you but I NEED! that zoo scenes from Aiden's POV!

So you know what you gotta do!!

I have a Jennifer L Armentrout swag pack to giveaway. And if YOU vote for Aiden you can be in with a chance to win it!
It is INTERNATIONAL! 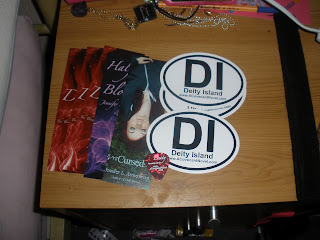