Elle Reinhardt loves people and has a gift for turning groups of strangers into friends. When she talks her best friend Lyn into taking a month-long Pacific cruise, Elle is in her element, gathering fellow passengers to her. But things go horribly wrong when a ship excursion ends in death and disaster at the hands of modern-day pirates.

Filled with her own emotional wounds from the experience, Elle tries desperately to buoy up the grieving loved ones as they wait for news on those lost at sea. Malcolm Armstrong, friend of one of the missing men, arrives to act as family spokesman. Elle knows it’s unreasonable, but she resents his presence. When Mal offers the strength she so desperately needs, will she be able to let go of her animosity and accept his support?

This ebook-exclusive short story includes special excerpts from both A Change of Plans and Torn Canvas. 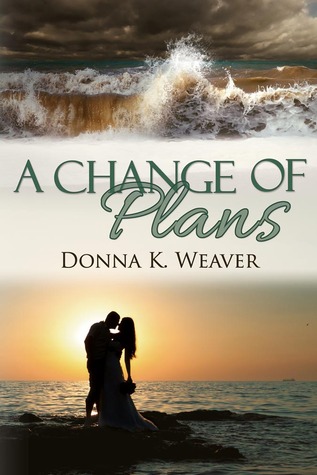 A CHANGE OF PLANS will be on sale during the Book Blitz!

When Lyn sets off on her supposedly uncomplicated and unromantic cruise, she never dreams it will include pirates. All the 25-year-old Colorado high school teacher wants is to forget that her dead fiancé was a cheating scumbag. What she plans is a vacation diversion; what fate provides is Braedon, an intriguing surgeon. She finds herself drawn to him: his gentle humor, his love of music, and even his willingness to let her take him down during morning karate practices. Against the backdrop of the ship’s make-believe world and its temporary friendships, her emotions come alive.

However, fear is an emotion, too. Unaware of the sensitive waters he navigates, Braedon moves to take their relationship beyond friendship--on the very anniversary Lyn came on the cruise to forget. But Lyn's painful memories are too powerful, and she runs off in a panic.

Things are bad enough when the pair finds themselves on one of the cruise’s snorkeling excursions in American Samoa. However, paradise turns to piracy when their party is kidnapped. Lyn’s fear of a fairytale turns grim. Now she must fight alongside the man she rejected, first for their freedom and then against storms, sharks, and shipwreck.

Leslie Storey
TV or Movies?
Movies for sure. Love to go to the theater.

That depends. I’ve lived in the tropics, so I know how much humidity impacts both.

Wendy Knight
Black or White?
That depends upon if I’m wearing it or looking at it.

Cindy Whitney
Night owl, or early bird?
Early bird. I’ve always loved getting up before everyone and enjoying the sunrise. Now that I’m older, my body just wakes early—regardless of how late I go to bed.

Mindy Holt
Print or Ebook?
There’s a third choice: audiobook. I’m so busy anymore that’s where I do most of my reading.

Lindzee Armstrong
Horror or Romance?
Romance, but I’ve always like my romance to be part of the story rather than the whole story.

Robin Ambrose
Summer or Winter?
Summer. I like four seasons but I wish winter only lasted for December.

M.R. Buttars
City or Country?
I love the country but I like my city amenities. If the former is close, I can be happy with the latter.

Donna Hosie
Harry Potter or Twilight?
I enjoyed the Twilight series but Harry helped me embrace my inner nerd. I spent five years as a moderator on a Harry Potter forum and survived the release of the last book. I was even interviewed on a local TV station (KSL) the day before the release of Deathly Hallows.

Julie Daines
Gum or Breath Mints?
It used to be gum, but my dental work got mad at me, so now it’s breath mints. *sigh*

Sheena-kay Graham
Cats or Dogs?
Dogs, though I love quirky and independent cats. I married a man who is allergic to cats. Most of our children are allergic, and one of my granddaughters is so allergic that when she’s around them or their hair for an hour or two her eyes swell shut.

Medeia Sharif
Text or Talk?
We text a lot in our family. I got to be a big fan when we went to Disneyland with three teenaged boys. We have parkhopper passes, and there’s no way you could hear for a phone call. Texting made it possible to communicate and meet when it was time.

Donna is a Navy brat who joined the Army and has lived in Asia and Europe. Because she sailed the Pacific three times as a child, she loves cruising and wishes she could accrue enough vacation time to do more of it with her husband. At age fifty, she decided to study karate and earned her black belt in Shorei Kempo.

After doing city council minutes for twenty years, she decided to write something a little longer and with a lot more emotion--and kissing. She is the author of A CHANGE OF PLANS and the forthcoming TORN CANVAS.