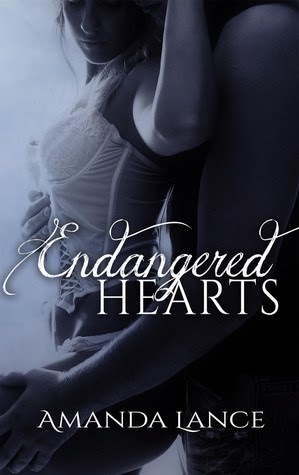 Emilia Ward is being watched.

And it isn’t just by her mother’s creep of a boyfriend or one of her many employers. Instead, she is certain it something else—someone else. However, in a life with college classes and alcoholic mother to look after, Emilia doesn’t have time to explore her suspicions. She would much rather think about her new job at Iram Manor, and more importantly—its mysterious and alluring owner.

After a lifetime of isolation and trapped in a disfigured body Kasper Zafar thought he knew pain. Confining himself to his work as an architect and the love of his music, he never expects the beautiful Emilia Ward to enter his life. Young and naive, his new housekeeper does not flinch at the sight of him, and is even so bold as to call him her friend.

Determined to teach her in all worldly things, the opposites grow closer and the role of student and teacher and interchange. Yet Emilia’s life outside the manor is not a happy one, and when Kasper’s attempt to watch over her fails, both will discover than love may be the most painful thing of all.

Okay I have to say that I love the story of beauty and the beast. The modern versions of this story get better and better with each telling and Amanda Lance does this story justice.

Can you imagine being scarred and disfigured to the point of not being able to go out? Can you imagine spending your life locked up in a house because you don't want to go out? Well welcome to Kasper's world. He knows he is ugly and he knows people can be cruel so he stays in his house and lives his life. He is the elusive millionaire that everyone would love to see but he keeps to himself and makes sure no one sees him by wearing a mask and gloves. Kas lives in this mansion and needs a housekeeper so he hires Emilia who is a college student.

At first Emilia is not sure what to make of Kas because he wears a mask and gloves. So she stays quiet but as time goes on she befriends him and he slowly opens up to her. Emilia begins to show Kas that he can have a life outside of his house if he just lets himself open up and have fun. All work and no play is boring. Soon Emilia and Kasper are doing things together and the two realize they have a great chemistry together. But can Kas insecurities ruin it for them? Or will he let love in?

There reactions were simultaneous, and when the other realized that they were present a wide range of embarrassment came over the both of them.

“You” he breathed. Perhaps he would have yelled, shouted even, yet he was out of breath and the flush that had taken over her lovely face had also put him considerably out of ease.

The condition flamed within him again, and, out of instinct; he reached for the book that held his medication but knew it would be unwise to consume the narcotics in front of her, and so, stopped himself.

Kasper shut his eyes and heaved into the air. Without his medication it would be difficult to calm down, especially since she had not discontinued her staring at him. He could feel her gaze even through his eyelids with his back turned. Did the little peach feel so much when he watched her from far away? Did she feel so anxious? His stomach recoiled at the thought of causing her discomfort, a feeling he realized, more painful than the current state that plagued him.

“What are you doing up here?”

He tossed the instrument at the floor, though it must have been much harder than he intended, as it made Emilia flinch where she stood. Seconds later, her blue eyes were still wide with that horror he despised the most, that horror, that, somehow he had let himself hope, he would never see directed at him.

“You should not be up here! You were told—”

Without thinking, Kasper’s hand reached to the sting on his face. While there were few functioning nerve endings beneath the malformed tissue, he could feel that much pain. Sure enough, when he pulled away, there was some blood, and even more had dropped to his shoe, trickled to the ground below.

Emilia stepped towards him slowly, not unlike Kasper would a startled horse. And although he was only distracted briefly by his injury, it was not enough for Emilia’s move to go unnoticed.

Kasper could not hide the panic in his voice, and he was much too stunned to back away—his fight or flight response failing completely. Regardless, Emilia had him boxed in, and with the grand piano taking up the quarter half of the wall and antique instruments lining the other half for decoration, there were few places for him to retreat. Though frankly, he was not sure if he wanted to.

“You’re bleeding” she said again, this time reaching out for him. Once again, he inhaled sharply, fearing and hoping she would try to touch him, horrified she would try to remove the mask he had lived behind and thrived in for so long. He recoiled just as her fingertips shadowed his cheek, but he felt no relief, seeing the hurt on her face as she backed away.

“Are you all right?” He heard her ask.

“A mere scrape.” Kasper swallowed hard, feeling a new sweat rise on his brow, though he was more cold than hot. His idiotic body could not even perform the most basic of functions properly, betraying him at this most desperate time!

“Let me see.” This time she waited until he offered the side of his neck to her, both of them knowing full well that his injury was more than ‘a mere scrape’. Though his injury was Emilia’s only concern, Kasper’s had reached the realization that he was completely incapable of denying her any request she saw fit to make.

Slowly, Emilia removed the handkerchief tied beneath her ponytail. Little did she know the action her enticed him considerably, enchanting him with the vanilla scent of her shampoo.

As he began to demand, ask, plead… “Don’t—” she did not listen and he could not pull away, allowing her to dab gently at the spots of red emerging from the deep set cut at his neck. Emilia was not distressed by the slight of blood, but rather by how powerful the strings of the violin had been to cut through the fine material of his shirt and damage his russet shaded skin. Though she did not fail to notice how thin his mask was and how easily it had been damaged.

“You’re lucky” she smiled. “You could have lost your eye.”

“Lucky” Kasper scoffed, though more to distract himself than her. “That is not a word I usually associate myself with.”

“Really?” Emilia smiled even wider, her expression completely eradicating the hurt that along his face and neck. He wondered again then, if she was not some sort of sorceress, fixing to steal his soul away—whatever remained of it anyway.

“How would you describe yourself?”

The ranging color of her blue eyes was too much for him. Kasper violently pulled the handkerchief from her; enjoying far too much the feel of her fingers against his.

“Myself? Well, let’s see? ‘Stricken’, ‘Unfortunate’, ‘jinxed’ to have the most disobedient employees that anyone has ever had!”

Emilia laughed. Seeing him struggle to insult her was unquestionably entertaining, no matter how awkward Kasper Zafar was one minute, he could be wonderfully articulate the very next. 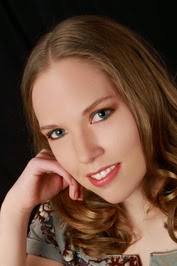 A native of New Jersey and lifelong nerd, Amanda Lance recently completed her Master in Liberal Arts at Thomas Edison State College after her BA in English Literature and AFA in creative writing. As an avid reader of all genres, some of her favorite authors include Hemingway, Marquis de Sade, Stevenson, Bukowski and Radcliffe.

When she isn’t writing or reading, Amanda can found indulging in film noir or hiking with her other half and their extremely spoiled dog. She is obsessively working on her next book and trying to tame her caffeine addiction.

The tour schedule can be found here:
http://blogtours.yareads.com/2014/02/10/blog-tour-sign-ups-endangered-hearts-amanda-lance/
Posted by Tee at 6:19 AM