Enticing Journey Promotions Presents a Release Blitz for Conor (A Boston Underworld Novella) by A. Zavarelli 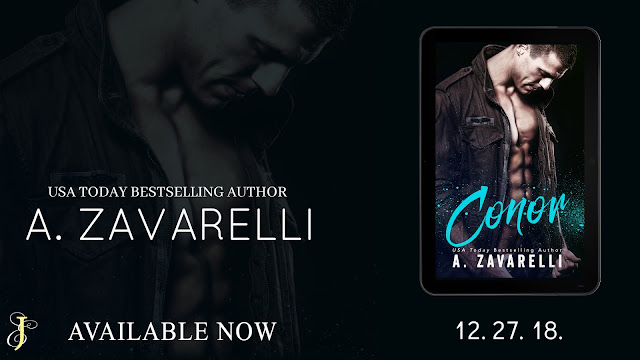 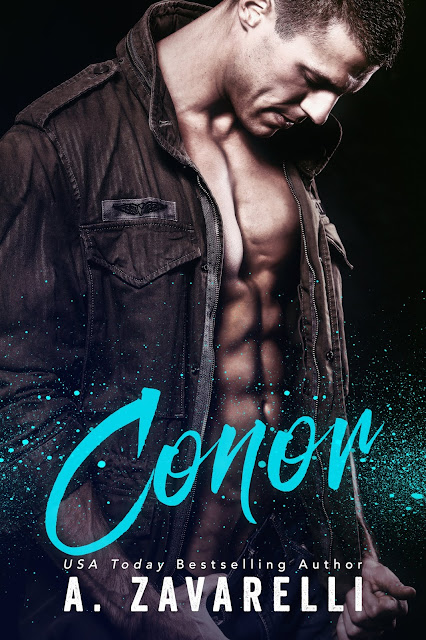 Blurb:
When I stumbled into a mafia run club seeking a job, I was looking for protection. Little did I know I’d need protection from him.

Conor O’ Callahan was exactly the kind of danger I was trying to avoid. He was gorgeous as sin with an accent hotter than Hades, but that’s where the charm ended.
He was also cynical, cold, and downright cranky.

So, you could imagine my surprise when he gave me a proposition. Marry him or lose my life.

Desperate times call for desperate measures. I’ve learned to do what’s necessary to survive in this world, and I guess that includes marrying a mobster. Regardless of what he might say, it’s only temporary.

It’s not like I’m going to sleep with him. Or fall for him.

Because that would be stupid, right?


OMG I am kicking myself in the arse for not finding this author sooner. I have to say that this series is off the hook because I read the last story and it had me on the edge of my seat biting my nails wondering what the hell was going to happen next. I mean I love a good Mafia, suspense, love story but this was so much more and it was a novella. I can only imagine how the other books in the series are because all the characters in this novella had it going on and there was so much going on that when I got to the end I was like no way this is not the end I need more Conor and Ivy.

Ivy is on the run from a gang and needs protection. So being the smart girl that she is she tries to get a job at the strip club owned and ran by the Mafia. Smart girl she is knows that no one dare messes with the Mafia and especially the Irish Mafia. But Crow is not so keen on hiring her but she keeps begging him and he finally relents because he knows something is wrong with her and he wants information from her so he hires her. Crow being a smart man knows something is off with Ivy so he gets Conor to look after Ivy and get information from her.

Conor being the youngest in the Mafia he needs to prove himself so he does what Crow asks of him and he protects Ivy. Only the more time he spends with Ivy he starts to have feelings for her. Then when Ivy tells him the truth about why she is running he gives her a proposition one she can't refuse because she either takes his offer or she ends up dead.

This is where the story takes off and Conor and Ivy go through so much that I was like DAMN these two can't catch a break. But you know what they say live by sword die by the sword and this is one of those cases where that is true. Can Ivy stay alive long enough to have something with Conor? Will she say yes to his proposition? Or will she continue to run from the gang that is after her? This is a MUST READ series and I can't wait to read it. 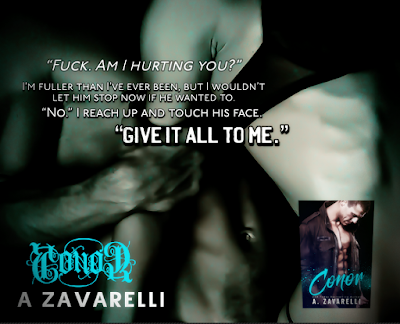 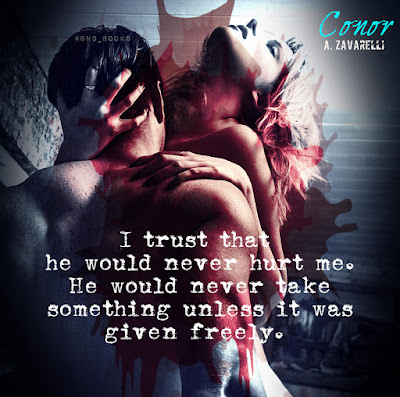 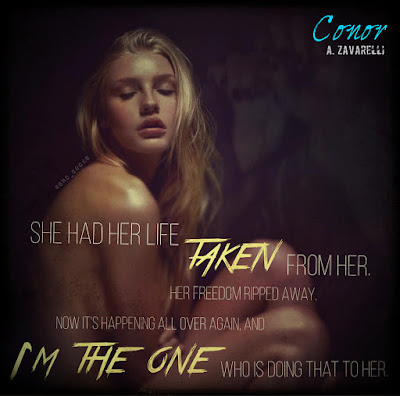 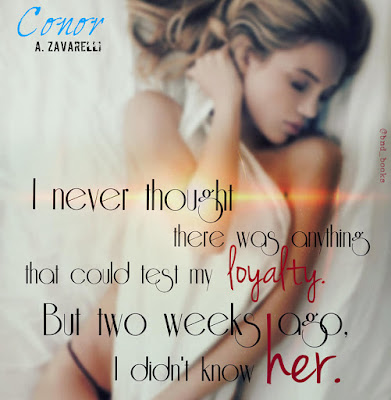 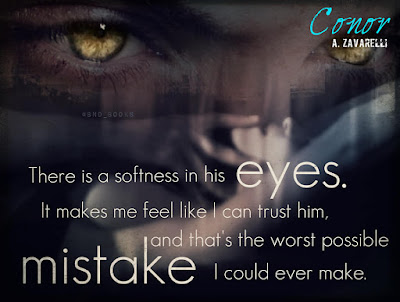 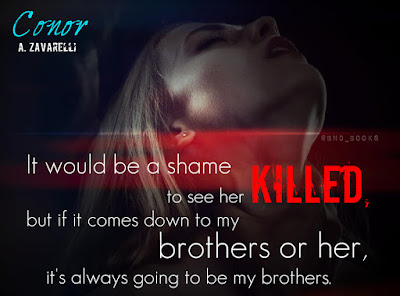 Early Praise for the Novel:

"It held me in its clutches with the hotness, the sweetness, and the action-packed ride I never wanted to end!!"- Erika, Bookhaven Bookblog

"I love me some Conor. He is dreamy af. Lethal and sweet, my ultimate book boyfriend!"- Amber, Leave Me Alone I'm Reading

"I read this in one sitting, devoured it, inhaled it, loved it!! Not once did I put it down."- Kitty Kat's Crazy About Books

"He is the ultimate alpha perfection!" - Sansa Reads

"JUST GRAB THIS BOOK ASAP and READ IT."- Gone With the Romance 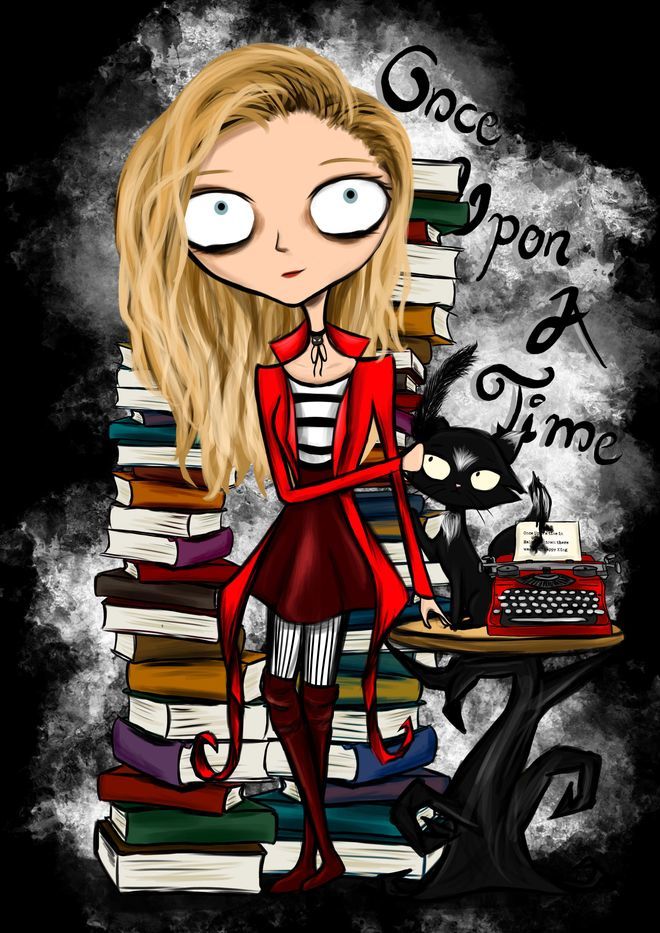 Author Bio:
A. Zavarelli is a book junkie, cat lover, and traveler when plagued by intense cases of wanderlust. She likes all things chocolate, books that come with warnings, and putting her characters through hell.

Her tales have been known to flirt with darkness and sometimes court it unabashedly altogether. Revenge themes and tortured souls are her favorites to write and this gives her an excuse to watch bizarre and twisted documentaries in her spare time.

She is slightly obsessed with Theo James and funny animal memes. If you don’t mind these things, you should add her on facebook.