Release Alert:
To be notified of the release date before anyone else (and for a chance to win an ARC!) sign up for my newsletter at:
http://heather-rayne.com/heather-g 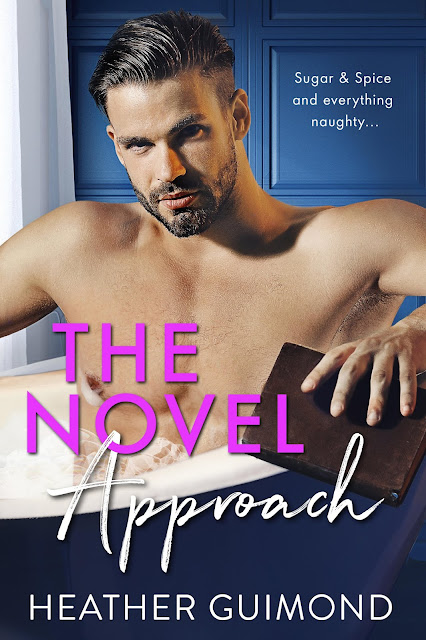 
She’s the Sweetheart of Sweet Romance. He’s romance’s reigning sex god. When the two accidentally collide at a book conference, sparks—and their luggage—fly.

When Gage Blackstone crashed into me, I had no idea who he was. If I’d known he was the man everyone called the king of one-handed reads, I would’ve run in the other
direction as fast as I could. Every woman who has ever read a romance novel has
at least one erotic book penned by him hidden in her underwear drawer. Never in
a million years—not in my wildest dreams—would I ever have imagined waking up next
to him. I'm hardly the one-night-stand type of girl he probably goes for but
when he finds out what I write he'll be the one running in the other direction.

I was dead on my feet when I nearly toppled over the stranger standing in front of me, until I saw her wide green eyes and innocent beauty. She looked like the perfect angel, and from that point on all I could think about was messing up her perfect hair and kissing her senseless. When I found out she wrote sweet romance novels, I was even more intrigued. Could I unleash her wild side, while proving I was just an average guy with a talent for writing fantasies women dream about?

Who would have ever thought
the most novel approach to love would be sweet, spicy and steaming hot? 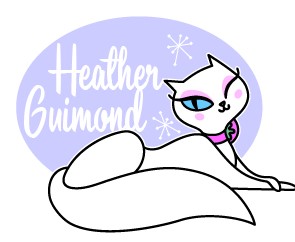 Author Bio:
Heather Guimond is a Los Angeles native, a fact she's abnormally proud of. When she's not trying to write something that will make people laugh or rip their hearts out (or both!) she's either reading or doing her best to crack the whip on her three home-schooled teenagers. She loves all things witty and wise-cracking, as well most varieties of smart-assery. Other favorites include French roast coffee in copious amounts and the dirtiest Dirty Martinis she can find. More than anything, she hopes she writes books that stick with the reader long after the pages have been read.

a Rafflecopter giveaway
Posted by Tee at 2:49 PM