Give Me Books Promotions Presents a Release Blitz for Bella: The Beginning A Mafia Romance (Sagatori Family Saga #1) by Kimberly Soto

I wanted to know Bella in every way, but she didn’t want to know me, not the man I really am—not with the secret I swore with a blood oath to protect. I swore this secret would die with me. The truth is hidden within the darkness of her past and it’s fuelin’ a war with the Bratva. Their comin’ and it won’t be long before they threaten everything I love.

I hated him for the things he’d taken from me. I hated him for the love he’d refused me.
I know now that being forced to marry him wasn’t the worst that could’ve happened to me. I'm a woman born into a man's world. I've stood tall and held my own, but now the people that want my family dead, aren't far behind.

My Review:
👑👑👑👑👑
First off I have to say that this is an amazing Mafia story that will have you on the edge of your seat. I have heard so many things about this series and I decided to give it a go and I am so glad I did because I got a great treat.

This Mafia romance starts out with Bella running from the man her father wants her to marry and she is rescued by another mafia member Jax. So Bella's father allows Jax to marry her and Jax agrees but he has one thing that he will not do and that is love her. What an arse I thought when I read that but the more time they spend together Jax starts to open his heart up to her. Plus it doesn't help that Bella being a Mafia Princess she is badass and will take no shizz from anyone so she is not so easily swayed by Jax.

There is so many things going on in this story as the families are all fighting for control and there are so many secrets, lies and power struggles that these guys get straight up ruthless and are willing to take down anyone and everything to get that one goal and that is to be the top Boss of the Mafia. This world that is dominated by big strong men will have you guessing what is going to happen because our little Princess is determined to rule her fathers empire and run the Mafia.

Will she be able to rule with Jax? Or will another take her down and rule? There is so much action and twists and turns you are left breathless because yes oh yes it is left of on a HUGE cliffhanger! I need the second book like ASAP I need to know what happens to Bella and Jax.

Protecting Bella had always been the plan and the only thing I ever wanted. Accepting her father’s offer to love and protect her was an honor. And I would honor that until the day I died, but I could no longer be what she needed or wanted. After her rescue in Russia I wasn’t the same…I was dangerous to her and to myself.

Since the day I’d become Mrs. Jax Moretti I’d seen my share of bloodshed. I’d been taken and threatened, but I was strong and I’d survive. What I hadn’t considered was Jax’s survival, because that… I had never questioned before. I had never doubted that he would handle the threats and action the Bratva were taking against our family.  I never doubted his love for me or that he would do what needed to be done to protect us.
I should have… 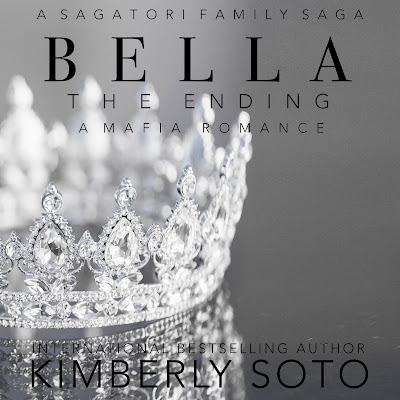 Will be available at other retailers
& in audiobook soon 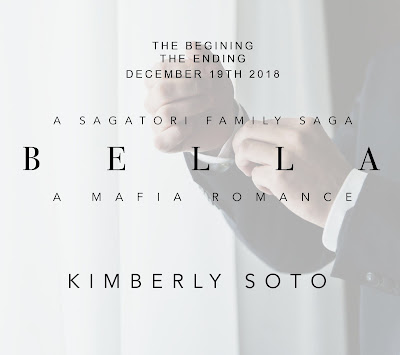 Kimberly is an International Bestselling author and has been writing since she was a young girl growing up in Kansas City, Mo. Reading and writing has always been a big part of her life. She enjoys a world she can get lost in while reading a good book. A wife to a wonderful husband and mother of their six beautiful children. She spent some time chasing down fugitives as a bounty hunter then laid down her hand cuffs and finished her college degree in nursing degree and now she is a full time Author.