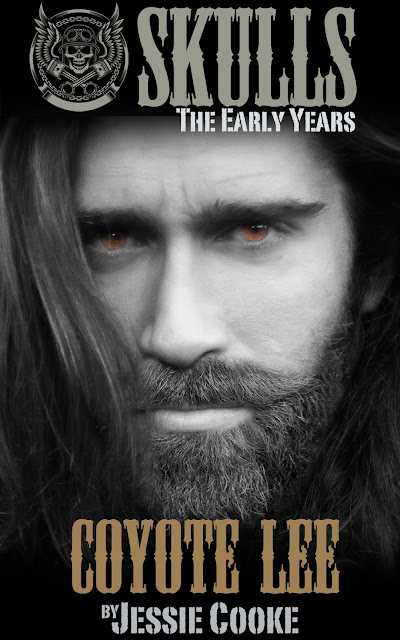 Blurb:
The night Xander Lee found himself half-drowned, flat on his back and looking up into the blue eyes of his savior, everything changed. Going from lost boy to hardcore biker overnight definitely had its advantages. But could a guy with no social skills and the burden of a guilt he couldn't shed, ever really fit in? Called Coyote by his brothers and friends, he struggled to do his best, but falling in love with his president's old lady might just be his fatal mistake. That mistake would see him banished to another coast, alone, afraid and expected to fail.

With the weight of a soul that ached constantly and an almost nonexistent sense of self, Coyote found enough of a spark inside him to get things started...and from there he would blaze a path that no one saw coming. Not just any man could take one brick and build an empire...but despite his own misgivings, Coyote Lee was no ordinary man. Even life at the top didn't come without a heavy price however. The love/hate relationship he had with the man who gave him a second chance at life, lay at the core of almost everything he did. The secrets he kept to himself for so many years gnawed at his soul. The whiskey he tried to drown the pain with was never enough, and the women and children who loved him would only get a glimpse of who the man inside really was.

Could Coyote ever measure up to the late, great Doc Marshall? Or would he die trying? Take a ride with us through the Central Valley of California and across the all the hearts that Coyote touched in this life and decide for yourself, but hang on tight and be careful what you say and do...because someone is always watching!

Book 2 in the SKULLS - The Early Years MC Series.

This is a Standalone Romance Novel but characters from this story, will appear in future books in the series and many have appeared in the previous series of Southside Skulls and Westside Skulls.

Skulls - The Early Years MC Series is about members of the MC club, their friends and associates. 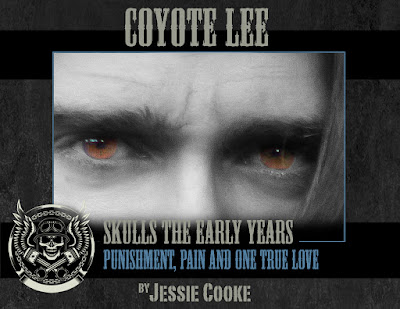 
He surprised himself. That didn’t even sound like him. It sounded like Doc. He had been paying even more attention than he thought he had. He was still shaking inside, and the voices in his head still wanted to tell him he couldn’t do this. He had been failing at everything since he was fifteen years old. No way could he build an empire the way that Doc Marshall had. For the first time however, Coyote shut those voices down...with the truth. Doc Marshall hadn’t come by that patch on his chest honestly, that was a fact. Sure, he’d worked his ass off for it once he did get it, and he earned everything he had accumulated since, including the respect of his men. But when Doc “stole” that patch he now wore for over a decade, it came with connections, and bank accounts. It was like having a house with a frame and a foundation whereas Coyote would be starting with less than nothing...hell, he would literally have to level the dirt upon which he would build his empire. But something inside of him was awakened suddenly...a spark that he’d never felt before. He was tired of only surviving. He wanted to thrive. He didn’t want to be Doc Marshall. He wanted to be Coyote fucking Lee...and long after he was gone, he wanted people to remember his name.

Praise for the novel:
“This is a beautifully written story, which is heartbreaking and emotional, all which had me totally captivated throughout this addictive page turner.” ~ Wendy’s Book Blog

“Coyote Lee is a story about love, loss, life, mistakes, courage, betrayal and addiction wrapped up in a captivating story that I couldn't put down.” ~ KDRBCK 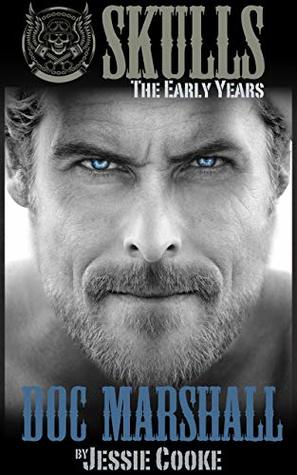 Every story has a beginning, a middle and an end. Every man and woman that lives on earth makes their mark on it while they're here. But some people leave an indentation...and Doc Marshall and his old lady Dallas were two of those people.

Doc Marshall's beginnings were not humble. He was born with advantages that other people only wished for. But Doc didn't want the “things” that his father, a surgeon, worked so hard to give him. What Doc wanted was for his father to notice him. He wanted his father to realize that he was different, special even. By the time Doc was a teenager however, he'd given up on that...and he had realized that Landon Marshall's ambivalence toward him had actually been a blessing, because it left him determined to leave his own mark, his own legacy...people would remember his name someday, and not because he was Landon Marshall's son.

Doc joined the army before he was old enough to vote. He saw unspeakable things in the jungles of Vietnam, and he used what he saw, and what he learned to prepare himself for what he wanted. Doc came back from the jungle with his sights set on becoming the president of a powerful MC...the Southside Skulls. He used his intelligence, his grit, and his focus, to make that happen quickly. By the time he was twenty-five...everyone knew his name. He was sitting on top of the world and it was his for the taking...then in walked Dallas Paxton, just to shake things up.

Dallas grew up in the times of free-living and free-love. She was a hippie in almost every sense of the word. She loved hard and passionately, without holding back. Something about the MC president with the incredible blue eyes, crawled under her skin and burrowed in deep...and before their story was over, Dallas wouldn't be the same carefree, earth-loving, peace and love girl that she was before.

Doc Marshall didn't make a lot of mistakes, but usually when he did, they were monumental. People might even whisper about them behind his back...but there was only one person on earth who had the balls to say it to his face, and that was Dallas. They loved passionately, they fought passionately, they lived passionately. They built an empire together, one they would leave for their son, Dax.
This is their story. The beginning and the middle. The question that begs to be answered is...who will remain standing in the end?

Join Doc, Dallas, the early Southside Skulls and their offspring for a wild, tumultuous, passionate ride that will leave you breathless...and aching for more.
* * *
Book 1 in the SKULLS - The Early Years MC Series.
This is a Standalone Romance Novel but characters from this story, will appear in future books in the series and many have appeared in the previous series of Southside Skulls and Westside Skulls.
No cliffhanger.
Intended for Mature Readers.
* * *
Skulls - The Early Years MC Series is about members of the MC club, their friends and associates.