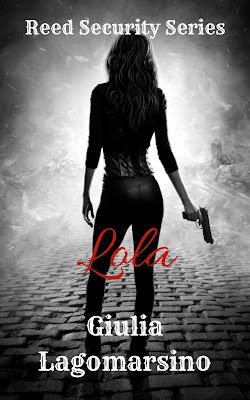 “Wow! Wow! Wow! This book had me hooked! I was mesmerized by every aspect.” ~ Goodreads Review (Katy D.)

“This book has all the feels. It will make you laugh and cry all in one!” ~ Goodreads Review (Jennifer R.)

Lola "Brave" Pruitt has dealt with more nightmares in her time at Reed Security than she can handle. It's time for her to move on and really start living her life without her demons tormenting her. When she finds another lost soul, Ryan Jackson, in a bar one night, she may just find her salvation. But Ryan is just as damaged as Lola and her lifestyle is one thing that he may not be able to live with. 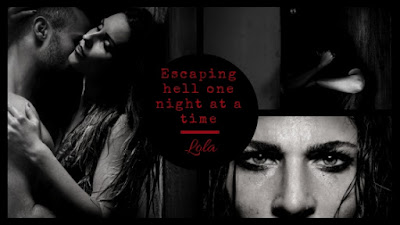 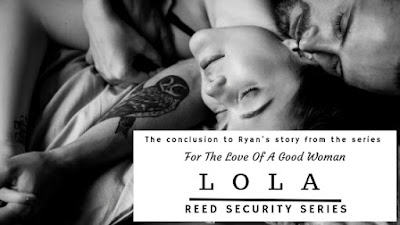 We all stood around my kitchen as I nervously wiped my hands on my pants, glancing into the other room to make sure James was still watching TV.
“What are we doing here?” Logan asked. “You said it was urgent.” “James wants to know about sex,” I said bluntly.
“So, tell him,” Jack shrugged. “It can’t have been that long since you’ve gotten some. You still know how it works.”
“He started talking about using his hand and knowing that I was screwing other women because I needed a
release. Then he said he didn’t want to have sex for the first time and not know what he was doing.”
“And what did you tell him?” Cole asked. “I fled the room.” I shook my head and started pacing. “I’m not prepared for this shit. My dad didn’t have the
talk with me. I fumbled through it and found my way. I don’t know the first thing about sex talks.”
“What would Cassie say?” Sean asked. “Are you fucking kidding me? She’d yell at me and tell me not to tell him more than he needs to know.” “Well, you can’t just send the kid out into the wild, sticking his dick wherever he wants. The boy has to know how to use it,” Sean huffed. “Come on. His uncles will set him straight.”
They all walked into the living room like this was the easiest thing in the world. I brought the beer. I knew better. “James,” Sebastian jerked his chin at him. James shut off the TV and leaned forward, resting his elbows on his
knees. “Listen, your old man is being awkward about this whole thing. Sex is natural. Ask anything you want and we’ll tell you.”
“Cool,” James nodded. “Okay, so when I want to have sex with a girl, what’s the best way to tell her?”
Sean snorted. “Well, you don’t just go up to her and tell her you want to stick your dick in her. You date her for a while and if you feel a connection, then you start moving on the bases.”
“Which bases?” James asked. “Christ, Ryan. Didn’t you tell this kid anything?” Jack crossed his arms and leaned against the wall. “Bases, like in baseball. First is kissing. Second, is touching her boobs, and third is touching her pussy. I think you can guess what a home run is.”
“No, that’s not the way it works,” Logan said. “First is french kissing. Second is groping. Third is oral sex. A home run is the full monty.”
“Really?” Sean quirked an eyebrow. “That’s not what I went by.” “Of course you didn’t, jackass,” Drew shoved him.
“Listen, it’s really easy. First is kissing and light petting. Second is oral. Third is intercourse. A home run is when you stick it in her ass,” Sean said.
“Whoa!” I held up my hands and shook my head. What the fuck was wrong with these guys? “You can’t say shit like that to my kid.”
“Girls really let you do that?” James asked in wonder. “Kid, if you get that, it’s like going on a fucking world tour,” Jack said. I dropped my head in my hands and sighed. This was not what I had in mind when I called them over. Advice? Sure. This? This was my worst fucking nightmare.

I'm a stay at home mom that loves to read. Some of my favorite titles are Pride and Prejudice, Harry Potter, Lord of the Rings, and Horatio Hornblower. I started writing when I was trying to come up with suggestions on ways I could help bring in some extra money. I came up with the idea that I could donate plasma because you could earn an extra $500/month. My husband responded with, "No. Find something else. Write a blog. Write a book." I didn't think I had anything to share on blog that a thousand other mothers hadn't already thought of. I decided to take his challenge seriously and sat down to write my first book, Jack. I was surprised at how much I enjoyed writing. From there, the stories continued to flow and I haven't been able to stop. I hope my readers enjoy my books as much as I enjoy writing them. Between reading, writing, and taking care of three small kids, my days are quite full.