“What a fantastic addition to the series! From the very beginning I was drawn in and the characters kept me hooked from start to finish!” ~Amazon Review 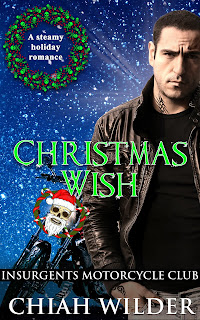 Ryder Rossi dropped out of life.
He came back from the war a broken and angry man. They gave him a Purple Heart, but it sits in the bottom of an old chest his dad gave him years ago. He doesn’t feel like a hero. Hell, he doesn’t even feel like a man. Honorable Discharge was what he got after losing a leg to a landmine. Hawk from the Insurgents MC has been his best buddy since Ryder came back to Pinewood Springs. The ruggedly good-looking biker used to be an Insurgent but he gave that up a long time ago along with everything else. All he wants is to ride his Harley and be left alone.
When Savannah Carlton and her young son, Timmy, homestead on Ryder’s property, he sees red. It doesn’t matter that the pretty blonde pushes some buttons in him that haven’t been in use for quite a while. He doesn’t want her near him, and her son reminds him of the son he’s been forced to forget.
Savannah is running away from her ex-husband’s family who want Timmy. Her beat-up RV died on Ryder’s property, and even though the surly biker tells her to leave, she sees kindness behind his anger. She finds herself making excuses to talk to him, but she doesn’t want to fall for Ryder. Her life is screwed up enough, and the last thing she needs is a high maintenance biker.
Can two mismatched, lonely people find the Christmas light in their darkened lives?
This book contains violence, abuse, strong language, and steamy/ graphic sexual scenes . HEA. No cliffhangers. The book is intended for readers over the age of 18.

🌟🌟🌟🌟🌟
Lordy... Lordy... Lordy... is what I said after reading this book. I had this song in my head called Issues by Julia Michaelshttps://youtu.be/9Ke4480MicU and man does this song describe Savannah and Ryder to a tee. I loved their story it was such a roller coaster ride for me. I laughed and I cried. I loved Timmy he was such a sweet boy who wanted his mother happy.Ryder is broken a very broken man who comes back from war messed up. All he wants to do is be alone and live his life alone. He has nightmares that wake him every night and haunt him everyday so much so he wants to leave the world alone and stay hidden by himself to live his life.Savannah and Timmy lord my heart went out to her because she was running from Timmy's father's family because they wanted to take him but Savannah is determined to keep her son safe and sound and away from that crazy family. That is when she meets Ryder who wants nothing to do with her but the more she presses the more he comes out of his funk and is determined to save Savannah and her son Timmy.

“Timmy was so exhausted that he fell fast asleep. He had such a great day. Thanks for helping to make that happen,” she said.
Savannah was beaming, literally glowing with excitement. Ryder’s heart tripped over itself at the sight of her blonde hair in loose waves around her shoulders, with no makeup, and wrapped in a green robe that hugged all her curves. It took every ounce of restraint not to scoop her up in his arms and whisk her off to the bedroom.
Damn, he wanted her. Ryder couldn’t remember ever wanting anyone as much as he wanted Savannah at that moment.
“I’m going to make some hot chocolate. Do you want some?” “
You’re fucking obsessed with that drink.” He chuckled. She giggled.
“I am—I never realized it. Although I think tonight I’ll try it your way with a shot of whiskey.”
“In that case, I’ll have one too, but make it a double shot.” “You’re so bad.” She ran her fingers through his hair, and he grasped her hand and kissed it.
“You look beautiful,” he said, his voice thick.
Savannah withdrew her hand gently and smiled. “You’re good for my ego.” He watched while she padded away, groaning as her hips swayed just right in the sexy-as-shit robe.
Actually, it was just a standard flannel robe that he wouldn’t even have looked at twice, but the way it clung around her curves got his dick punching against his jeans. He tossed a throw pillow on his lap and shook his head and smiled. Damn that woman. 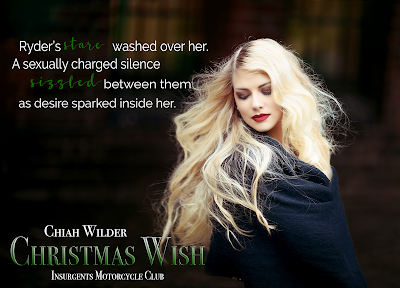 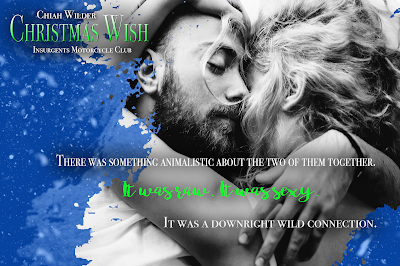 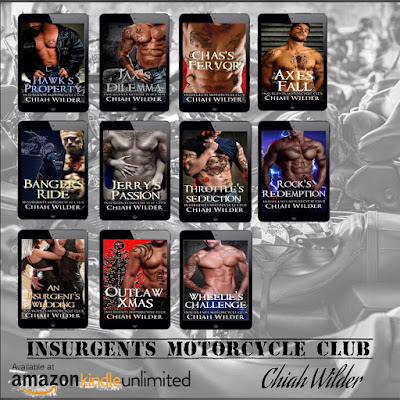