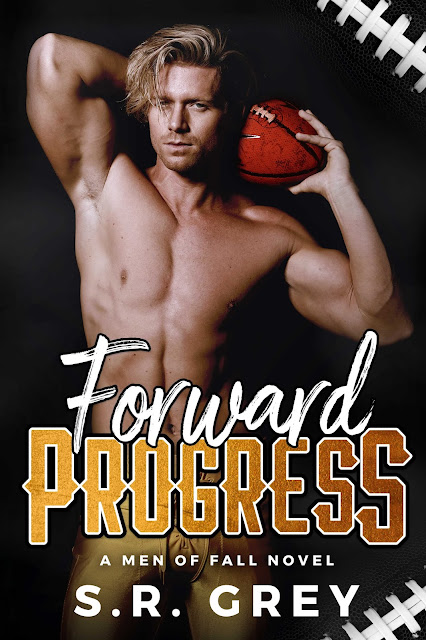 Meet Graham Tettersaw, former star quarterback. He blew his first shot at success, but now he has a second chance at playing football . . . and at having a life.

Graham’s not about to squander this new opportunity with a rising team. No way. They’re about to make his dreams come true, even If they did just add a weird clause that he’s supposed to pretend some random chick is his girlfriend.
Whatever.

Teams can be weird about stuff. But Graham can play along. After all, it’s all about forward progress.

In football, getting the ball down the field and scoring is goal number one. Life isn’t all that much different. That’s why Graham is hoping to do some scoring of his own off the field. Especially when he finds out the pretend girlfriend the team has picked out for him, Eden Vetterly, is beyond hot.

But it’s not all about sex.

And she likes him too—a lot.

Too bad the team just changed all the rules.

Forward Progress is the first book in the new Men of Fall series, where football meets romance. 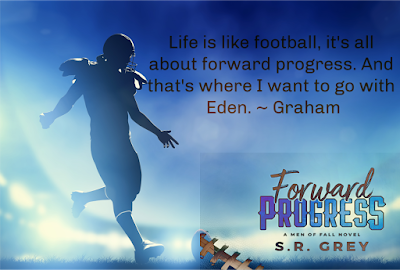 S.R. Grey is an Amazon Top 30 Bestselling Author and a #1 Barnes & Noble Bestselling Author. Check out her newest bestselling Boys of Winter hockey rom-com series. Each is a complete standalone novel, but the characters are interconnected and may pop up anywhere.

Ms. Grey's novels have appeared on multiple Amazon Bestseller Lists, including the Top 100 several times. She is also a Top 100 Bestselling Author on iTunes.
Residing in Pennsylvania, when not writing Ms. Grey can be found reading, traveling, running, and cheering for her hometown sports teams. Sometimes all at the same time! 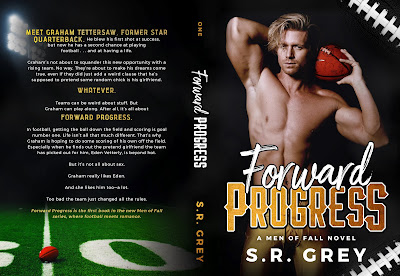