HEA PR Presents an Excerpt Reveal for Tales Of A Tomboy: Britain by Evan Grace 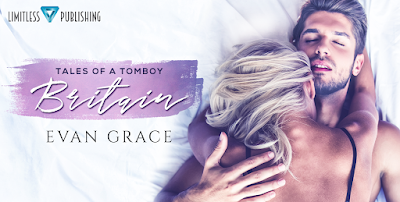 Britain: Tales of a Tomboy by Evan Grace is LIVE! 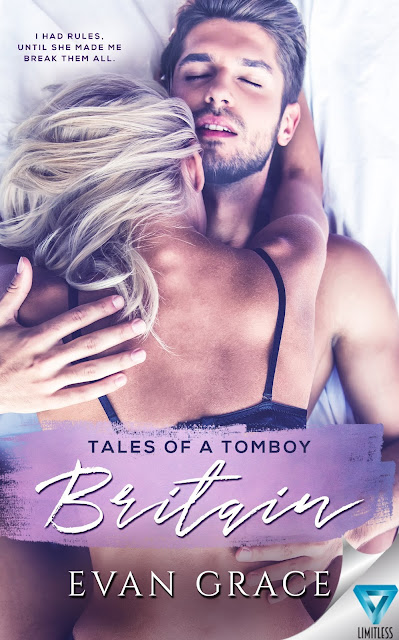 I have two rules no dates and no spending the night.

I don’t have time to manage all the complications that come with relationships. And I sure as hell have no desire for any kind of commitment.

My life is fairly uncomplicated, exactly the way I want it...until complicated literally stumbles my way. Britain Lancaster. Clumsy, plain, inexperienced, and the type of woman I tend to avoid.
Unfortunately for me the universe seems to put her on my path around every corner, forcing me to notice her. To look at her. To really...see her.

Pretty soon the universe no longer has to go through all the trouble sending her my way since I find myself looking for her, wanting to get to know her. And the more time I spend with her the more I realize that she’s everything I’m not.
Pure, beautiful, innocent...corruptible.

Now I can’t get her out of my head. I want her in ways that could ruin her, taint her, break her, and I can only hope she’s strong enough to survive this. 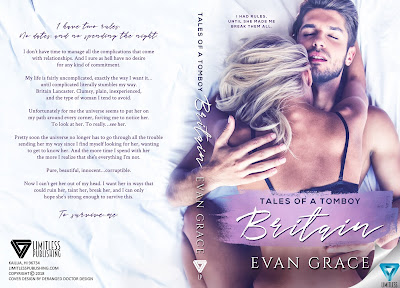 After driving around for a while, I head back toward town. I look at the time and it’s ten thirty. The familiar sign with a dog holding a cup of coffee is up ahead, so I decide to pull into the Coffee Hound and grab myself a snickerdoodle latte, my favorite.

Inside there are a few people in the seating area; I pay them no mind and walk up to the counter. "Hey, Jessie."

The bubbly brunette bee-bops over to the counter. "Hey, Britain. The usual?"

I nod and then pay for my drink. I move down to the end of the counter and wait for it. I’m concentrating on my game of Candy Crush when a deep voice pulls me from my game.

"I’ll take a large iced coffee, please." I watch out of the corner of my eye as he pays. I’ve never seen him before; I would’ve remembered him. He’s tall compared to my five-foot-four frame—at least six-one or six-two. He looks muscular from what I can tell, and he’s broad chested, with the material tight around his biceps. They’re not necessarily huge, just fit…strong. His dark blond hair is short on the sides and a little longer on top—it looks super soft and slightly wavy.

He moves to stand by me and his woodsy scent wraps around me. All of a sudden I’m hot—why do I feel flushed? My tank top feels uncomfortably tight right now. What the fuck is wrong with me?

Thankfully my name gets called and I grab my drink. "Thanks, Jessie. See ya tomorrow." I turn to walk away and my gaze travels up to meet Mr. Smell Good’s. He’s got the bluest eyes I’ve ever seen. They’re the color of the sky on a bright, cloudless day. Bright, cloudless day? What the hell?

He looks me up and down, taking in the hot mess that I am, and rolls his eyes. Of course I’m not surprised by his reaction. I don’t wear makeup and I don’t do my hair. Ninety percent of the time I’m in nondescript clothing, and today I’m basically in pajamas. It still hurts and I don’t get it. I mask the hurt before he can see it and give him the same look, but mouth the word, "dick."

Karma hates me, because I move around him to make my exit and trip over my own fucking feet. My latte goes everywhere and I hit the ground with a jarring thud. The good-looking dick steps right over me with a chuckle and walks right out of the shop.

A couple of patrons come to my aid and help me up. "Britain, are you okay?" Jessie says from next to me.

She grabs my smashed cup out of my hands and I begin to wipe myself off. Crumbs are stuck to my knees and the palms of my hands…Gross. I bruise easily, so I’m sure I’ll have them on both knees—whatever, everyone is used to seeing me covered in bruises anyway. "Yeah, I’m okay, thanks. God, that guy was such a dick." I mutter that last part.

Jessie giggles before telling me she’s making me a new drink. I’m grateful for it, and it just shows what amazing people the baristas are here. A few minutes later, one of the other girls has my drink cleaned up off of the floor and Jessie hands me a fresh one. "Here you go, girl." She leans in. "Yeah, that guy was a total dick." Her voice’s quiet enough that I’m the only one who hears her.

By the time I pull up in front of my brother’s house, my knees are already starting to turn purple. I climb out of my car and make my way around the back of the house to enter in through the door off the kitchen. I hate to think that I’m intruding on Keith and Beth’s family time with their girls sometimes, and no, that’s never happened. I just love living with them and don’t want to ever overstay my welcome.

I sip my drink as I head into my room, flop down on my bed, and turn my TV on. One of my guilty pleasures is watching the train wrecks that are The Bachelor and The Bachelorette. I found the former last year by mistake, and I hate to admit that I was hooked immediately. What can I say, I love the drama. I don’t know why I hide it, but I do. Maybe because I know the boys at the shop, my dad and brothers included, would give me shit.

I have my own cable hookup and DVR—that way, I can record and watch what I want without the grief. It doesn’t take long before I’m lost in the crazy shenanigans…just the way I like to spend a lazy Sunday. 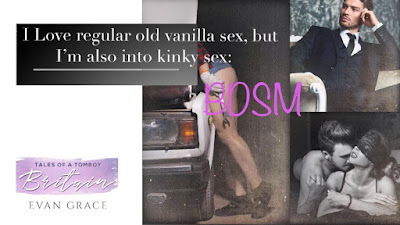 MEET THE AUTHOR:
A Midwesterner and self-proclaimed nerd, Evan has been an avid reader most of her life, but five years ago got bit by the writing bug, and it quickly became her addiction, passion and therapy. When the voices in her head give it a rest, she can always be found with her e-reader in her hand. Some of her favorites include, Shayla Black, Jaci Burton, Madeline Sheehan and Jamie Mcguire. Evan finds a lot of her inspiration in music, so if you see her wearing her headphones you know she means business and is in the zone.

During the day Evan works for a large homecare agency and at night she’s superwoman. She’s a wife to Jim and a mom to Ethan and Evan, a cook, a tutor, a friend and a writer. How does she do it? She’ll never tell.